You are here: Home1 / The Commission2 / Commission Districts 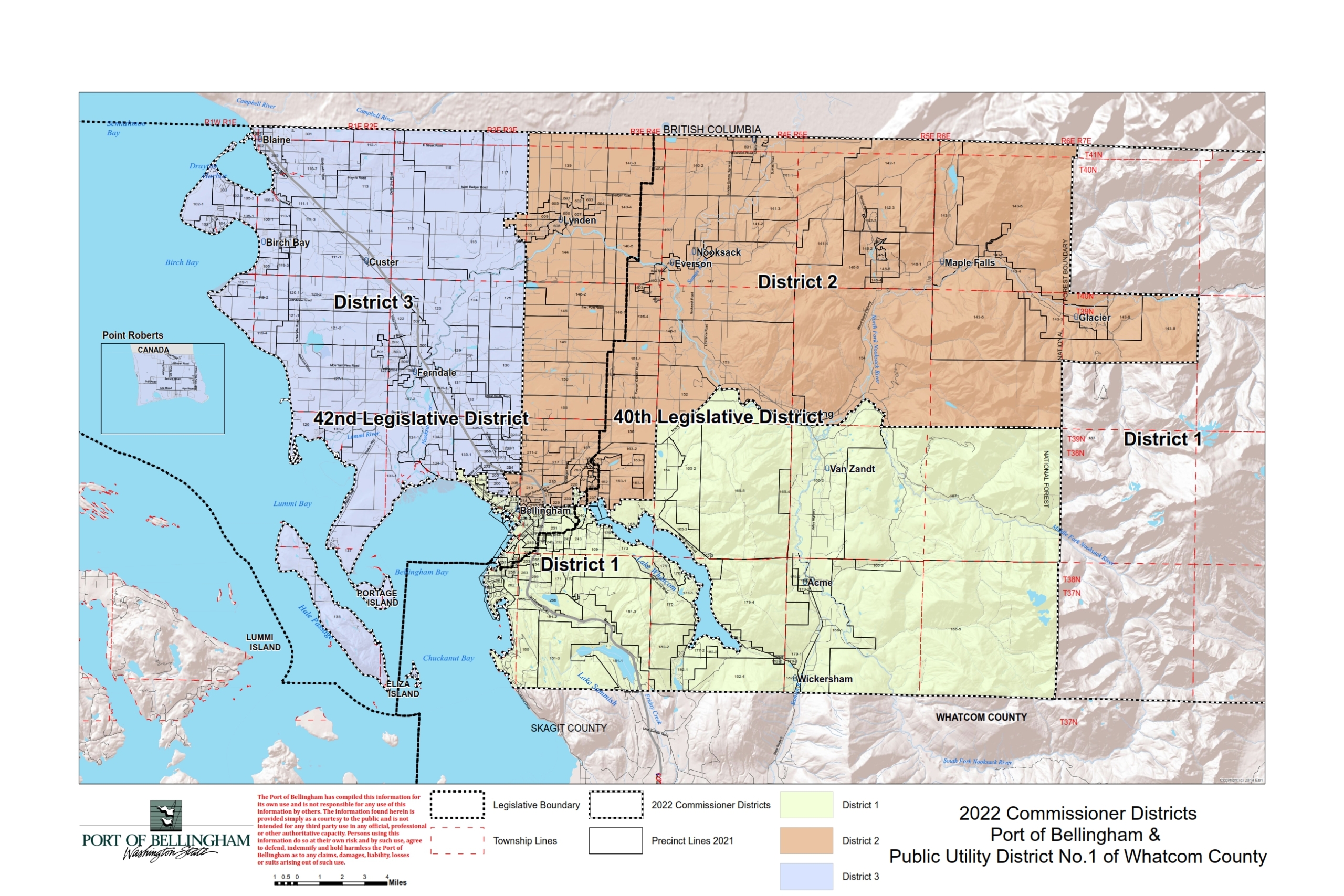 At the December 14, 2021 meeting, a public hearing was held to receive comments on the draft redistricting plan in which the current election boundaries were adjusted to comply with all of the requirements set forth in Chapter 54.12 RCW and Chapter 29A.76 RCW:

The 2020 census gives the population of Whatcom County as 226,836. Equal distribution across the three
County Commissioner Districts would assign 75,612 people to each district:

The Commissioner District Boundaries above coincide with existing recognized natural boundaries and, to the extent possible, preserve existing communities of related and mutual interests.  These boundaries, where possible, follow highways, roadways, section lines, and neighborhoods.