Whatcom PUD owns 13 miles of 115kV transmission lines and three (3) 115kV substations.  Pictures below are of the Refinery Substation. 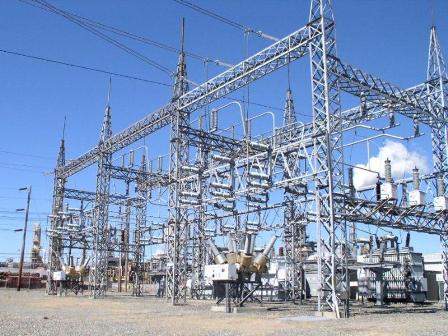 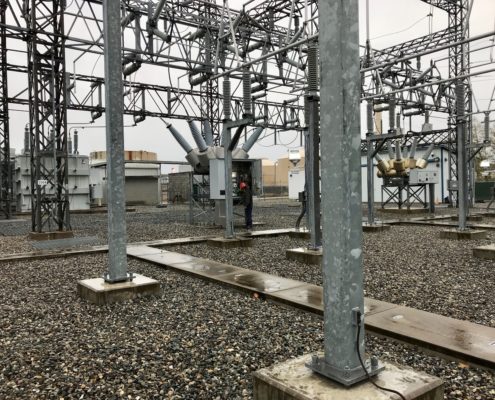 Where Does the PUD’s Electricity Come From?

The PUD purchases energy from Bonneville Power Administration.  It is generated from a variety of resources with hydro-electric power as the number one source:

In 1952,the PUD gained its first electrical customer when General Petroleum, before it became Mobil Oil Corporation, came to Whatcom County looking for a refinery site. At the time, Puget Sound Power and Light was unable to supply the energy or obtain additional energy in the market. The PUD No. 1 of Whatcom County, through an arrangement with other PUDs in Washington State, was able to obtain the energy which permitted the building of the original refinery at Cherry Point. In the process, the PUD became a functional utility. In later years, the PUD would supply electricity to the Tosco Refinery (now Phillips 66).

Bonneville Power Administration (BPA) is a not-for-profit federal agency.  40% of all the power used in the Northwest comes from BPA which is more than 80% hydroelectric.  Almost 60% of the region’s electricity comes from hydropower.  Approximately 24% of BPA revenue comes from PUDs in Washington State purchases ($675 million).  Collectively, PUDs are the largest customer of BPA.

Substation – A facility with equipment to switch, transform or control electric power.

There are three other electric utilities that provide residential and commercial services depending on location, in Whatcom County: